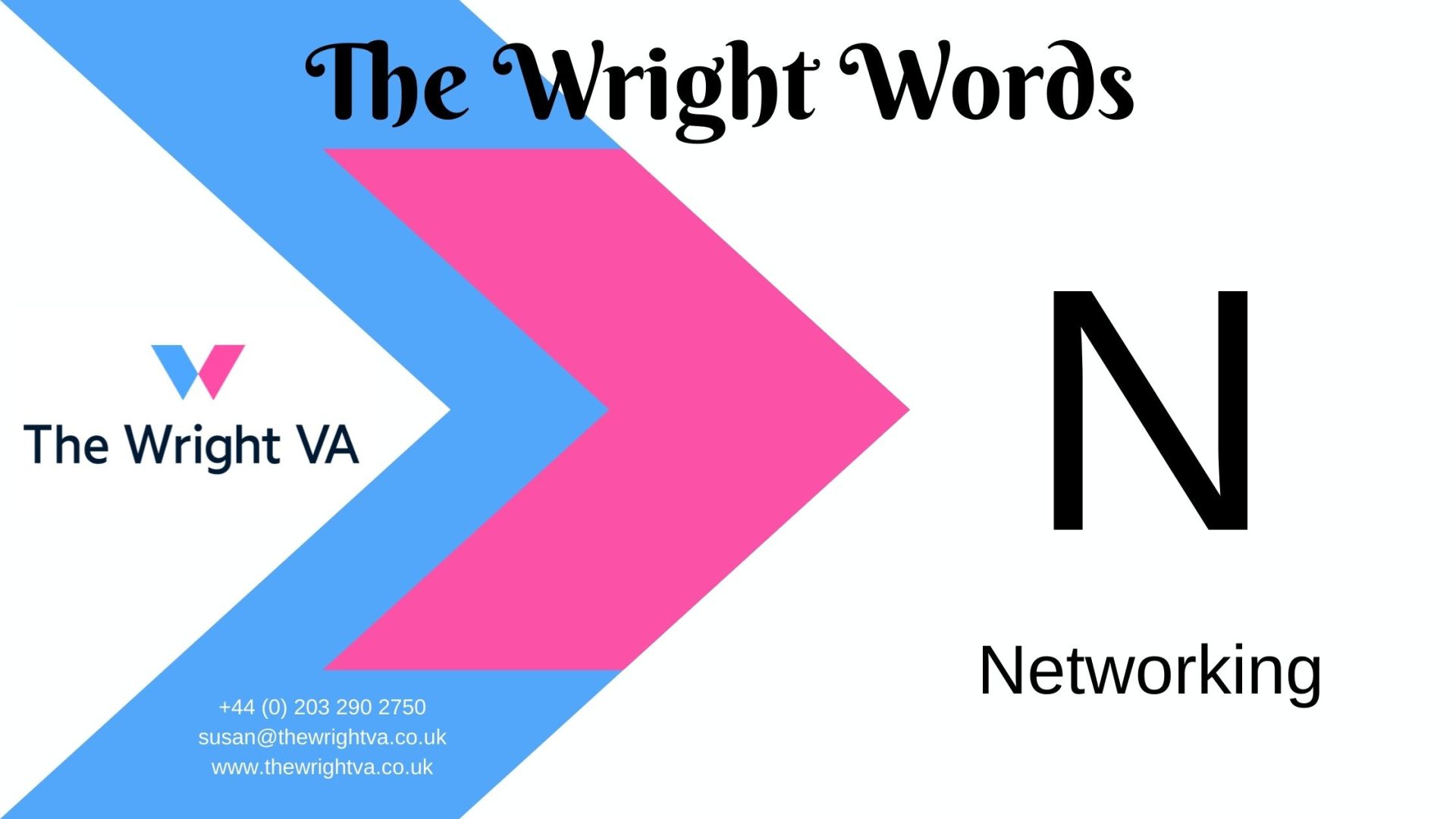 When I started my VA business back in September 2017, I decided on my company name, colours, fonts, registered with HMRC, and then celebrated that my business was up and running.  Then I sat by the phone and wondered why it didn’t ring.

I knew I was here, but no-one else did.  I was doing some work for a couple of contacts but, other than that, it was all a bit quiet.

It wasn’t until I rebranded and relaunched a year later that I realised I needed to go out into the Big Wide World and tell everyone that I was here and in business.

Chatting with a local VA, she mentioned a few of the more recognised network organisations to me, so I carried out some research and found a few local groups to investigate and contact.  So, I packed a few business cards, put on a bit of lippy, and took my excitement, enthusiasm and smile along to a few different meetings.  I was told “you need to be a network tart for a bit until you find your tribe”.  And that’s what I did.

I rocked up to a number of meetings and met some fabulous people.  I also found that I was not alone in attending all the meetings as a few of us were moving from meeting to meeting as the weeks went along.  This was great as I got to know a few local faces quite quickly.

I have been regularly networking ever since and have learned so much from fellow networkers along the way.

Networking, I believe, is an important part of your business, and needs to be continued even if you are ‘brimming with clients’ as you never know when you need more, but it’s one of those things that you either enjoy or you dread.

Face to Face networking wasn’t possible so had to be online over the past 18 months or so and, whilst it has its place and has been a lifeline for so many (in fact I’m sure a lot of businesses have only survived through the pandemic due to online networking), in my opinion you can’t beat physically being in the room.

Networking in person is where you really get to know people and build relationships and, it is said, people do business with people and with those that they ‘know, like and trust’.  The best way to achieve this, I believe, is to network face to face.

But, if you’re new to networking, here are a few tips to help you brave the world away from Zoom

You need to turn up regularly, and to each meeting.  Consistent attendance builds relationships.  It might be that the week you don’t bother to attend, someone will want to speak to you about a job or referral.  If you don’t turn up one week (or to a fortnightly meet), it could be a whole month before you meet everyone again, and the potential opportunity may be lost.

If you’re nervous, arrive early.  This way you’ll start conversations with fellow attendees, and new arrivals will have to integrate into your conversation.  If you arrive later, it’ll be you trying to integrate a group conversation which is much more daunting.

When you meet someone for the first time, resist giving them a business card from the off.  Think of it as the equivalent of someone ‘sliding into your DM’!!  None of us like that!  Wait to be asked for a card but, if there’s a table for business cards at the meeting, leave them there and people will pick one up if they wish.

A good way to build relationships and get to know fellow attendees is to have a 1-2-1.  You can really get to know someone over a cuppa and find out more about them and their business.  Suggest a 1-2-1 with someone at the meeting to follow up afterwards.

Be you, be authentic

This is quite an obvious one but, as I mentioned before, people do business with people.  So, if you’re gregarious at a meeting, don’t be a wallflower when you meet outside the meeting.  People will be wary if you’re different each time you meet, so just be you.

Building relationships takes time.  If you’re lucky enough to gain a client straight away, that’s great, but often it’s a slow burner as it takes both time and effort to consistently turn up, being you, and saying what you do and doing what you say for people to get to ‘know, like and trust’ you and therefore gain clients.

Finally, enjoy networking.  When you find the right group, you will gain a bunch of champions for you and your business.

If you’re local to the Bromley and Croydon area and would like to join a networking group, I co-run Bromley Business Network.  We’re an independent network group, we are supportive, collaborative, and we have no membership fees or lock-outs – everyone is welcome.  We meet fortnightly on a Wednesday morning at Bromley Football Club.

Email me if you want to know more.