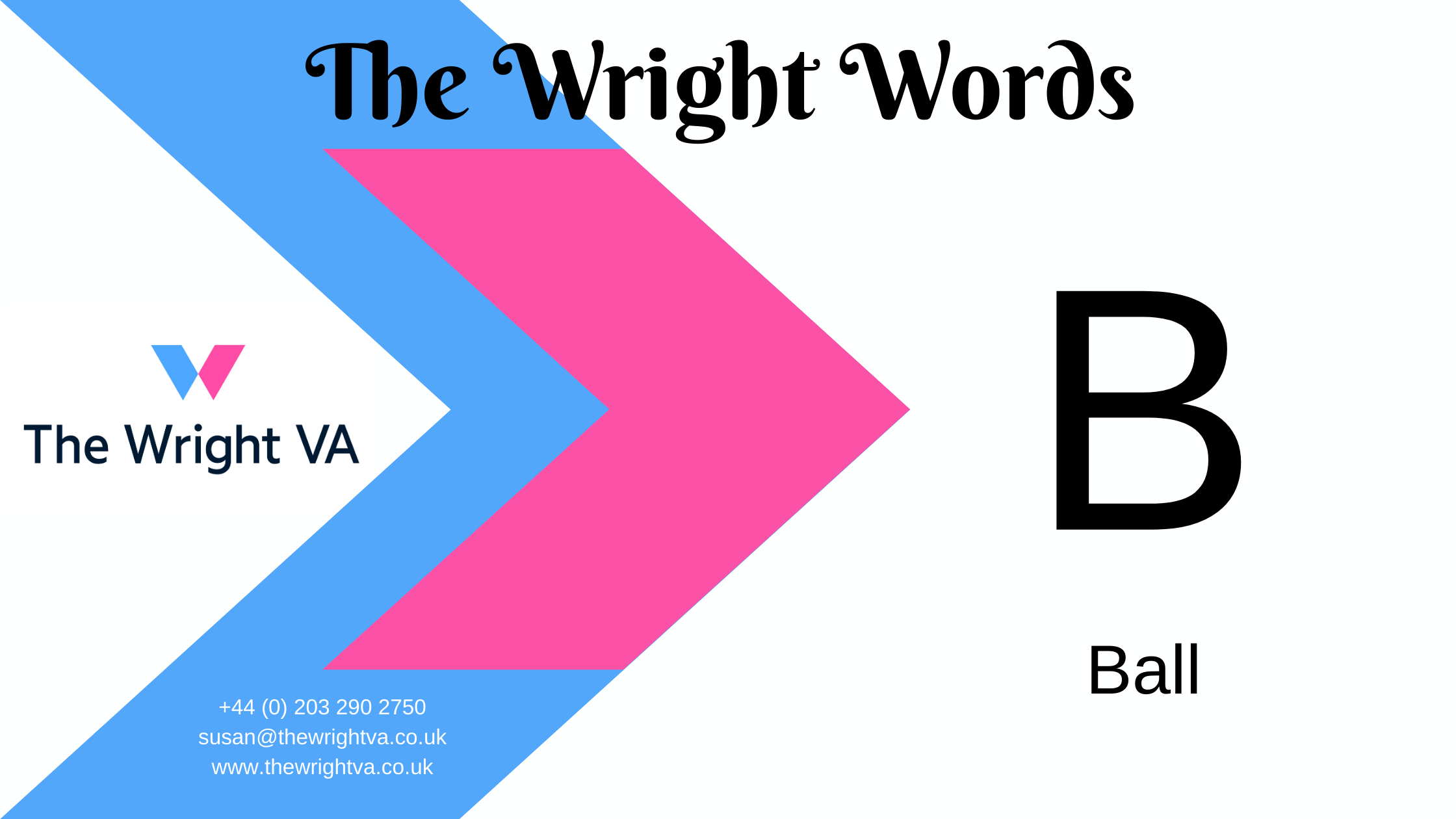 I started with A for Apple, so just feels right that B should be for ‘Ball’.  It’s quite apt as I play ball sports.  I have done since Junior school.  From netball to cricket to korfball (no doubt this’ll crop up in a later blog) and lots in between.  I tried and played most sports at school (being in seven different sports team photos one year) but have also played sport at club, at county, and national level too.

I’m quite fortunate to have amazing hand/ball co-ordination and find it really easy to throw, catch and hit balls too.  This blog’s random fact:  I can kick a football quite decently with both feet!  Obviously not at the same time – I’m good, but not that good.

However, with this being a business blog talking about sport isn’t really going to cut it.  That said, playing netball on a cold Saturday morning really clears the mind and gives it a rest.

The other way to clear the mind (if netball is not for you) and give you back some space to think is to do a ‘Brain-Dump’.

It’s a great exercise to do when you get completely overwhelmed and end up waking in the night thinking: I must do this; I can’t forget that.

I’m a great lister.  I love a list.  I have lists of lists.  I have lists on paper, on notepads, as well as in my mind.  When my brain gets full, I know I need to do a brain dump.

So, when you feel overwhelmed or you feel you’re getting to the stage when dropping balls is a possibility, get a large piece of paper.  The bigger the better.  A3 if you have one, if not pretend you’re on Blue Peter and get two sheets of A4 and Sellotape them together.  Who doesn’t love a bit of sticky back plastic?!

Get a pen.  And write.  Write and write.  Just empty all the things you need to get done, would like to get done, you never get time to do and anything else clogging up your mind and put them ALL down on the piece of paper.  It doesn’t have to be neat or in any order.  Just empty your brain of all things.

When that’s done – go and do something else for a bit.  Then come back to your piece of paper.  Look at all the things written and create boxes with headers:  work / home / family / shopping or whatever.  They’ll probably be about five or six headers, and they’ll be obvious to you.

Then separate all the tasks into their boxes.

When that’s done, I guarantee you’ll feel a bit better as you’ll be able to see what was stored in your brain.  You can then work through your list with the knowledge that you’re not dropping any balls.

This task can be done at any time.  Weekly if you’re super busy or quarterly or just as and when life gets a bit hectic.

The best bit about doing a brain dump is that you get to cross off all the tasks that you’ve done plus the added bonus of a decent night’s sleep knowing your brain is on a piece of paper.